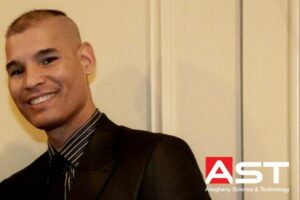 Meet Jay Torres, Technical Writer/Editor with AST for just over one year! He is an integral part of the Administrative Branch of the Defense Intelligence Agency’s (DIA) Europe Eurasia Regional Center. He manages portfolios for eight countries and provides support to their Defense Attache Offices (DAO). In doing so, he still feels as though he is still a ‘green-suiter’ in some respects, as he processes awards, evaluations, and a myriad of administrative actions as he did when he was still in the U.S. Army.

For Jay, what excites him about AST is the attention, level of support, and cohesiveness that makes up #TeamAST. He also appreciates being able to support an agency that he’s been with since 2005.

Jay is a thrill-seeker and once bungee jumped off of the bridge connecting Zimbabwe to Zambia. If that wasn’t scary enough, he climbed an active volcano in Guatemala and even rode an elephant among one of the seven ancient wonders of the world, Angkor Watt, which is Cambodia’s renowned ancient city and religious monument. He also had the opportunity to train with the U.S. Army GoldenGloves Champion, Anthony Henbrick. Jay wears many hats – husband, father, soldier, diplomat, and upcoming political contender!